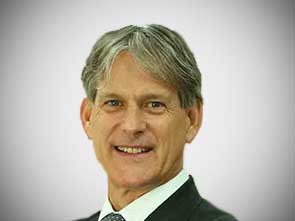 Dr. Patrick Allman-Ward is the CEO of the Dana Gas Group. He is an accomplished international energy executive with over 30 years of experience in the oil and gas industry, in many senior positions in locations all over the world, including the Middle East. Dr. Allman-Ward started his career at Shell in 1982, and subsequently held senior management roles as Vice-President Exploration for Asia-Pacific, CEO and Board Member of the South Rub Al Khali Company, Vice-President of New Business Development in Saudi Arabia and New Ventures Execution Manager for Europe. Dr. Allman-Ward joined Dana Gas in August 2012 and was selected by the Dana Gas Board of Directors to take over as CEO of the Dana Gas Group effective 1st September 2013.

Dr. Allman-Ward studied geology at Durham University and earned his PhD from the Royal School of Mines, Imperial College, University of London.